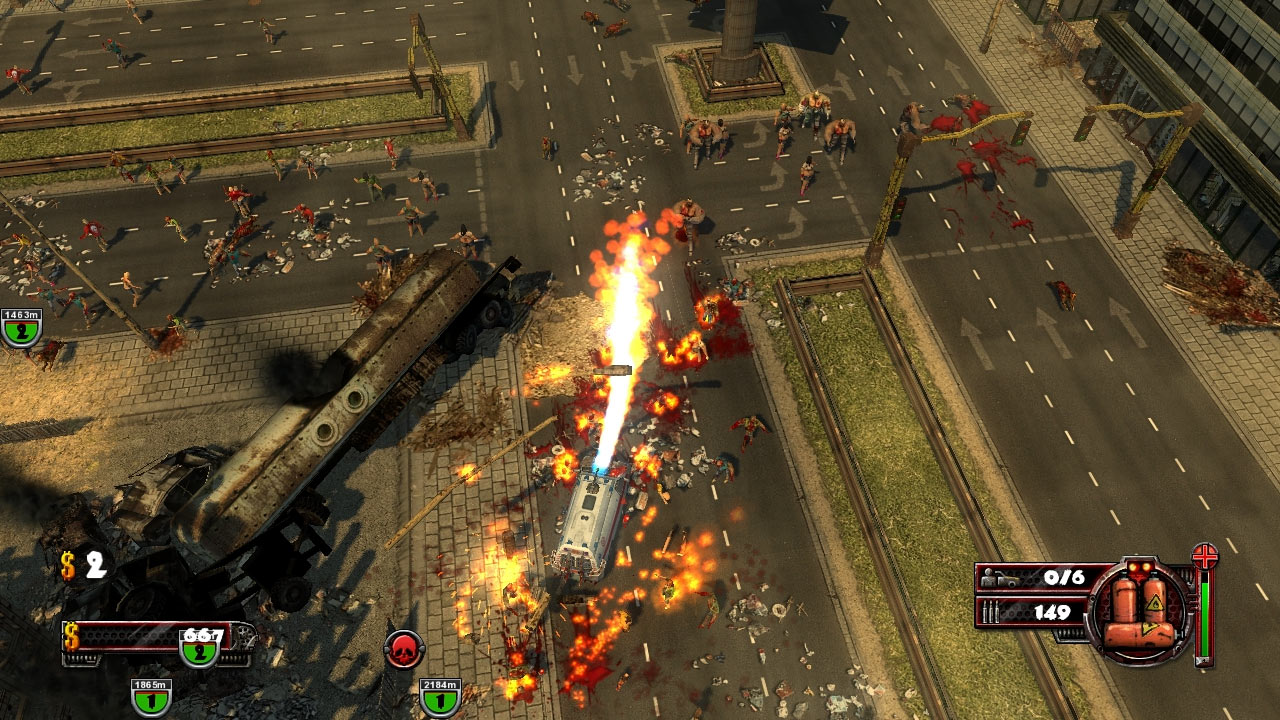 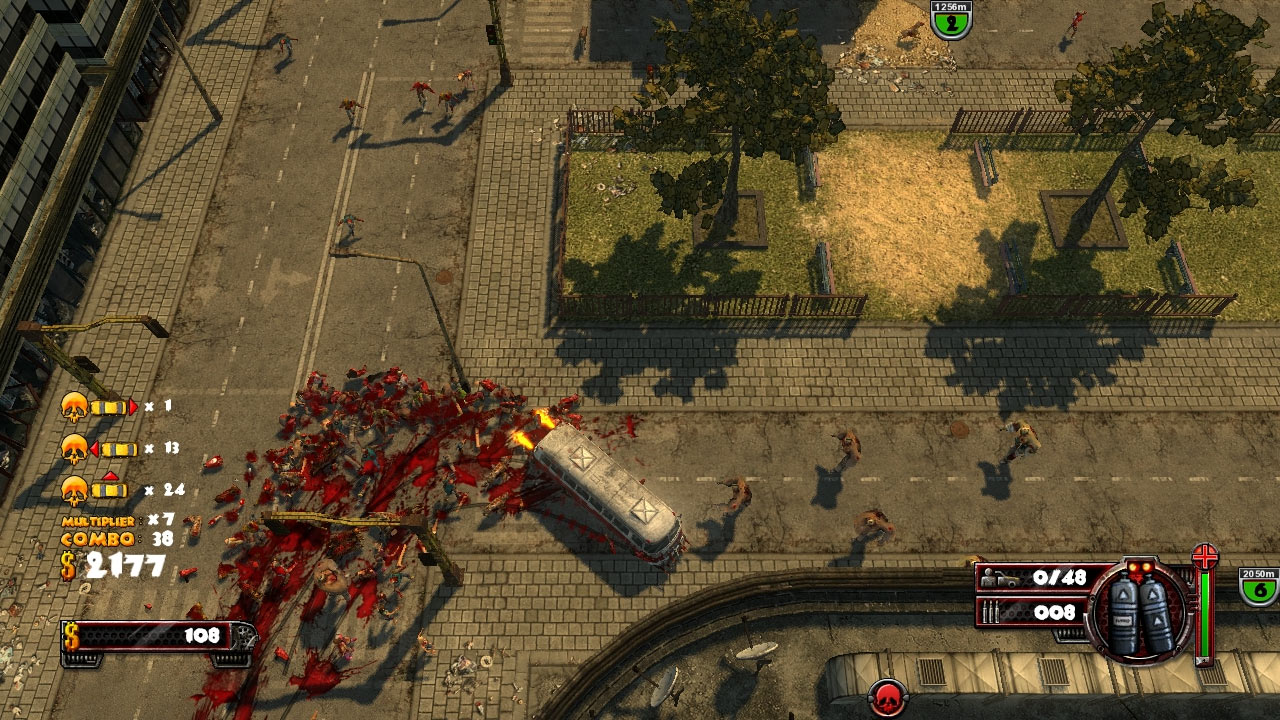 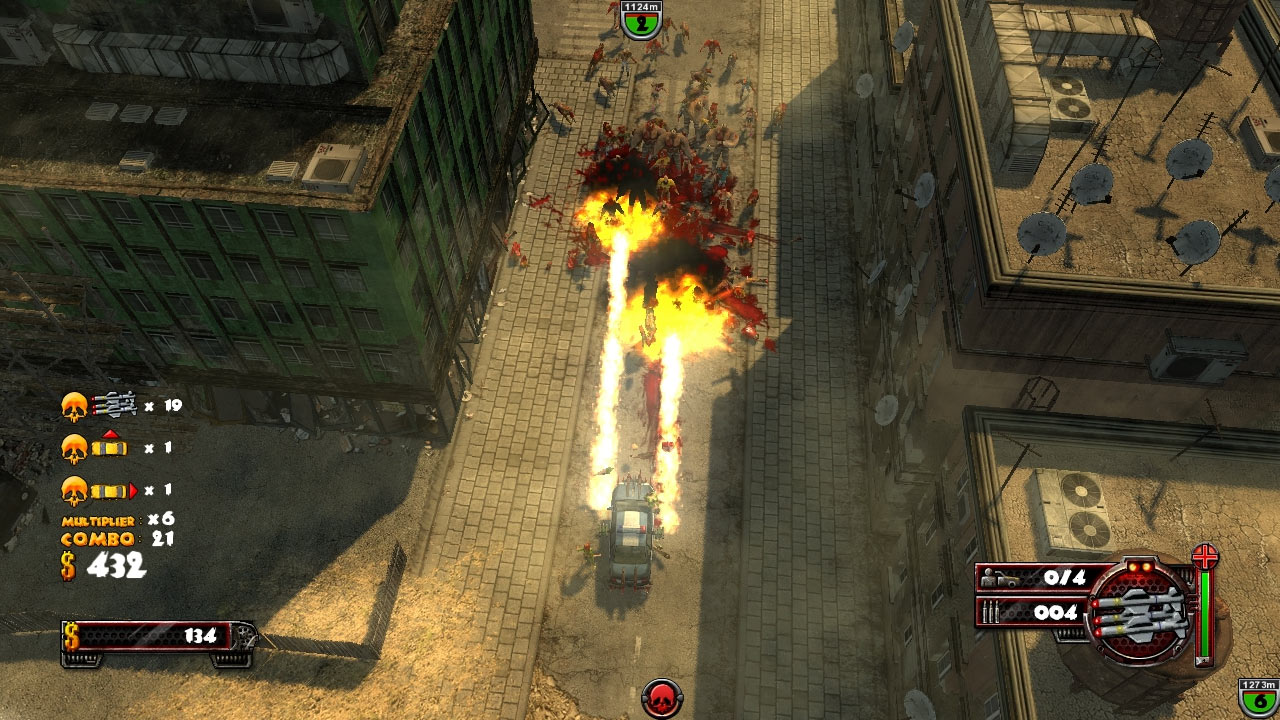 Fight your way through the streets of a zombie infested city to save the survivors of a disastrous chemical accident that changed most of the city's population into mindless brain hungry monsters. Time is your enemy and your car is your weapon as   race through the streets smashing everything on your way including fences, phone booths, street lamps and hordes of zombies. When the gruesomely mutated zombies become too much to handle, buy a new car or get more guns and upgrades installed. You can earn more money for finishing side quests, making kill combos and searching for hidden prizes Game play is unrestricted and the player can freely roam through the dark streets, alleys and backyards searching for the best shortcuts or hidden power ups.

Game Features:
- 17 story missions with sub quests and bonus objectives.
- Huge, free roaming city, infested by thousands of brain hungry zombies just waiting to be explored.
- 6 different cars including an unlockable super car.
- 9 different upgrades for each car, which can transform even an innocent Taxi into a Chariot of Death.
- All cars can be mounted with miniguns, flamethrowers, rocket launchers or even dual railguns.
- All weapons have 3 upgrade levels which come with unique features.
- Dynamic combo system with tricks and hordes of zombies to try it on.
Many vicious zombie types including even zombie dogs